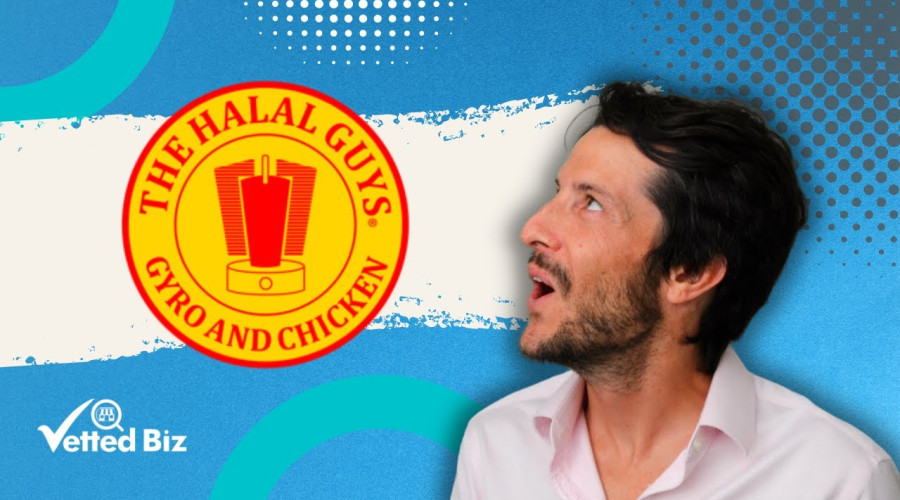 In today’s video, Patrick tells us about The Halal Guy’s franchise fees and costs.

They originated as a series of food carts in Manhattan, New York, and then eventually evolved into brick and mortar restaurants. They were established as a New Jersey corporation in 2014 and started offering franchises that same year.

The Halal Guys do not have a history of litigation or bankruptcy. Their current president is Mohamed Abouelenein, who is also the founder of the company.

The initial franchise fee for a Halal Guys franchise is $60,000. In the case of multi-unit franchise developers, or opening five franchises, the initial development fee is $180,000.

The royalty fee for the Halal Guys franchise is 6% of gross sales. It is paid each Monday for the previous week ending Sunday.

There are three different marketing fees that Halal Guys franchisees must pay for advertising purposes.

The first is a worldwide creative marketing fee, which is 2% of gross sales. It is paid in the same way and time as the royalty fee.

The second marketing fee is a local advertising fee, which is 1% of gross sales.

These are not paid to the franchisor, but rather to local advertising vendors every month.

The final payment is to an advertising cooperative, which is 0.5% of gross sales.

You can learn more here: https://www.vettedbiz.com/the-halal-guys-franchise-costs-profits-and-more/