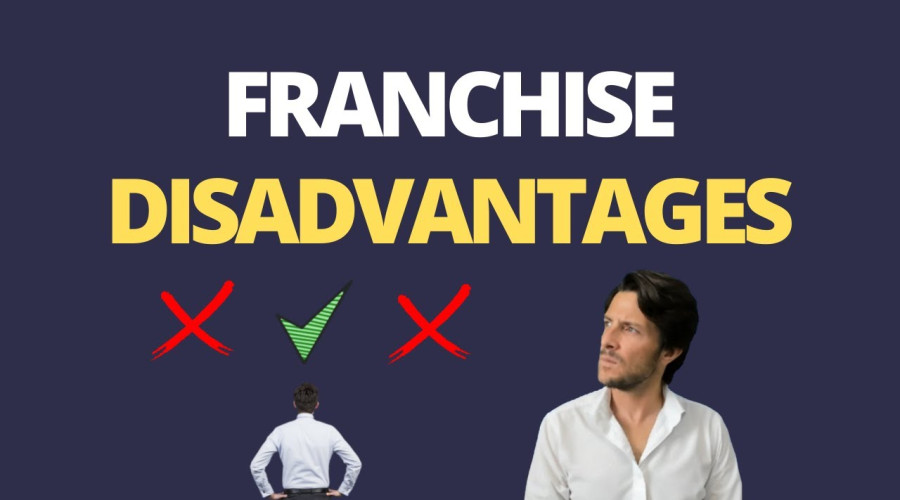 In today’s video we will review the disadvantages of owning and operating a franchise in the United States.

You can learn more here: https://www.vettedbiz.com/franchise-disadvantages/

Are you sick of people talking all the time in the franchise community, about the advantages of franchising? In today’s article, I’m gonna go just through the disadvantages of owning and operating a franchise in the United States.

First off, there’s a pretty significant cost with opening as well as maintaining a franchise business. You have the initial franchise fee that can range anywhere from $20,000 to $80,000. Then, for each additional location that you wanna open, you’re gonna pay some percentage of that fee.

One of the main disadvantages of buying a franchise when you compare a franchise to an existing business you are considering buying, consider the time it takes to open the franchise business. As well as past break even. Now, for a service-based concept like real estate property management or commercial cleaning, it could take you just a couple months to open. Then another three to six months to past the break even point where you’re able to take money out of the business.

There are some consequences when you consider the alternative of buying an existing business that’s up and operating. If you’re thinking about opening up a franchise restaurant, it could take you up to a year to secure the lease, do the build out, get the permits to open, And then potentially another six months until you pass the break even point. So, that could be 18 months for a franchise restaurant where you’re just spending money and you’re not receiving any returns from your time and the capital that you’re allocating to that project.

You can’t really change the product and service all that much. You’re signing up to really focus on the financials of the business, managing people, hiring people. Making sure to monitore the KPIs and the Key Performance Indicators, on a daily, if not weekly, basis. Basically, how you as the owner can focus on increasing the sales and increasing the profit of the business.

You’re generally not focused on vetting suppliers, creating the product. That’s generally the responsibility of the franchisor. You as the franchisee are hiring and firing people, trying to grow the business. Maybe secure a new lease to open up your second or third location. But you’re not creating products, you’re not revolutionizing how to serve the consumer. You’re not signing up for other third-party delivery apps. Generally, that’s all gonna be handled from the franchisor.

So, a big disadvantage for those entrepreneurs that really like to innovate is you can’t with the franchise system.

The two major franchise disadvantages are cost, time, and money it takes to open the location and break even. And then, limitations in terms of how you can innovate your own business. However, opening a franchise opens new roads to even being a citizen of the United States, and you can learn how to on our sister company Visa Franchise.

You can learn more here: https://www.vettedbiz.com/franchise-disadvantages/